Playing in a World Cup competition seems to be the target of every professional football player. Due to this, every player fights for his team to qualify for the World Cup. Once they qualify, there is the need to get the best players for the tournament.

The Black Stars of Ghana have received another player who just switched his National team from Spain to Ghana. His name is Inaki Williams. Inaki Williams is a professional footballer who plays as a forward for La Liga club, Athletic Bilba. He has played over 200 matches in the Spanish Laliga.

The Ghana Football Association has officially confirmed that Inaki Williams is now part of the Black Stars. The team now has a solid striker that can help the already existing strikers to score more goals. 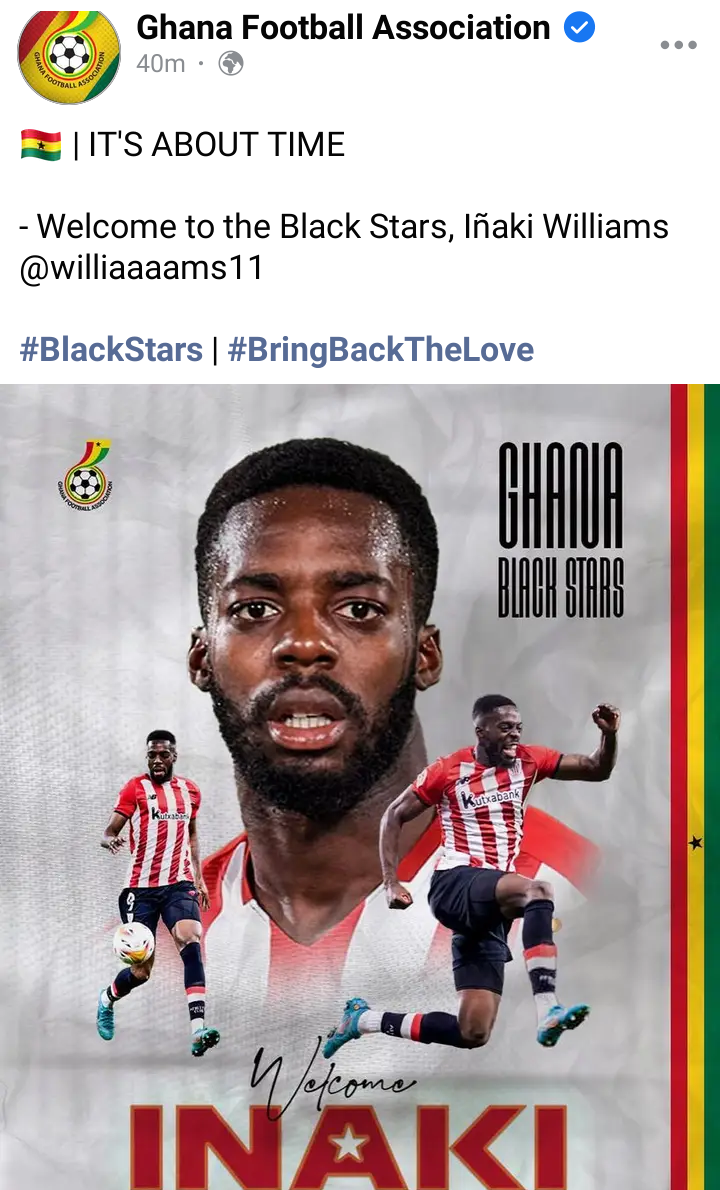 Some Ghanaians have reacted to this and below are some reactions. 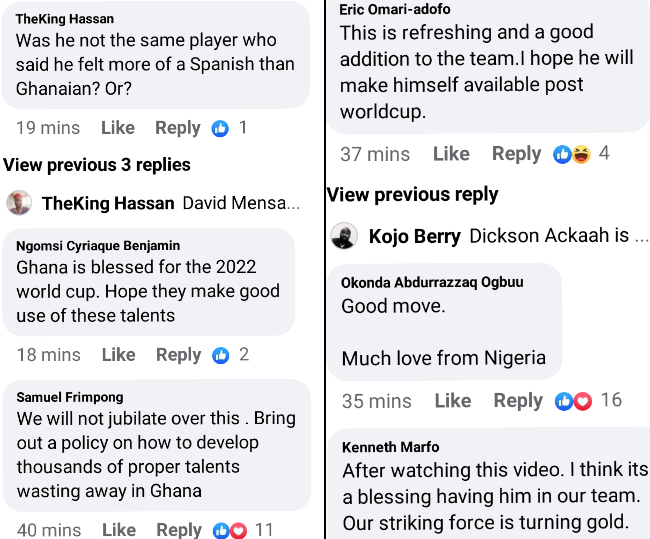 From the reactions above, some Ghanaians have heaped praises on the football player for making such a golden move. They believe that it is time for other black players to come and support the team.

The 2022 World Cup is set to commence in November this year. Ghana Black Stars is amongst the teams that have qualified for the World Cup which would be played in Qatar.